At BannerBug USA, we are proud to manufacture two sleek, modern, premium-quality banner stands. Both are retractable models (the banner rolls up inside the base when not in use) and use the same banner graphic. Both models offer:

ALL parts are U.S. made. ALL assembly in the U.S.
Finally, an alternative to imported banner stands!

Instead of telling you BannerBug is premium quality, we’ll just prove it by offering you an Unconditional Lifetime Warranty. If it ever fails (our fault or yours), return it and it will be repaired or replaced for free…for life!

Since BannerBug is guaranteed for life, you can change banners as your message changes and use it over and over for as long as you wish. 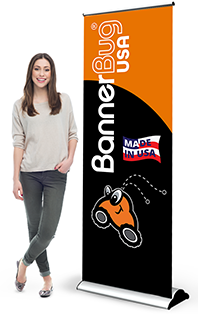 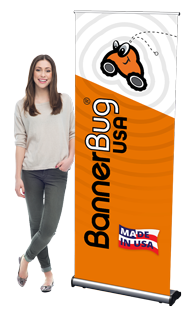 Banners are loaded into a cartridge contained in the base. To change banners, remove the existing cartridge and insert the new one. Anyone can replace a banner in less than 1 minute. You can even switch back and forth between banners.

Packing options for both banner styles

Our favorite! An attractive, effective way to transport BannerBug and great for storage (because it is easy to stack) 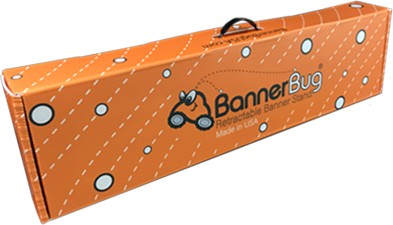 Just BannerBug in a shipping box for clients who don’t need to transport it (and who wouldn’t mind saving a little money?) 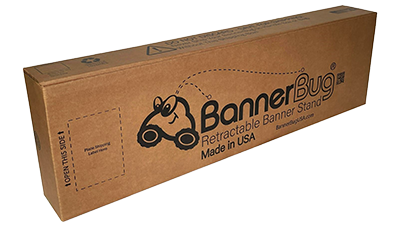 A nylon carrying bag with shoulder strap. Note: this bag is made in Turkey, so chose another option if you want 100% Made in USA. 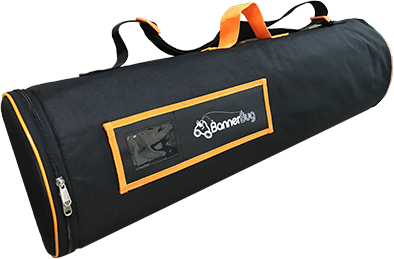 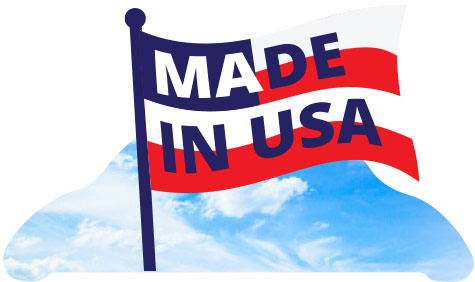 BannerBug USA is headquartered in Birmingham, Alabama, where BannerBug is assembled by Americans from 100% Made in USA parts. Purchasing BannerBug supports manufacturers and jobs in Georgia, Pennsylvania, North Carolina, Arizona, Alabama and other states. We even chose the genuine Velcro® brand for the hook and loop, since it is manufactured in New Hampshire. It gives us pride knowing we can do it all at home and keep a close eye on quality control.

We discovered Australian-made BannerBug 20 years ago and were impressed. In 2004, David began importing BannerBug for the trade show exhibit house he was president of. It quickly became his top selling product because of its great performance and low failure rates. Over 100,000 BannerBugs have been sold in the U.S. since then.

Over the years, we became friends with engineer, designer and BannerBug inventor John Previtera of Australia, who has sold BannerBugs throughout the world. We often discussed starting a company to manufacture BannerBug in the U.S. In 2021, we decided to put David’s 28 years of experience in trade show display manufacturing to work and make it happen.

Now we have a 100% Made in USA BannerBug with the exact same design. Except it is made in America which supports American manufacturers and jobs (including ours). We appreciate you considering making BannerBug your banner stand of choice! 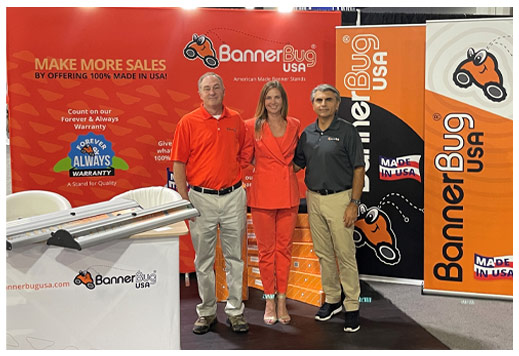 “These stands are always reliable. We wouldn’t trust our clients’ brands to anything less than the quality they provide.”

BannerBug is sold through a network of professionals. As a dealer, you are a crucial part of the team. BannerBug’s 20+ year proven track record for quality makes this a product you can depend on and stand behind, knowing that we do too. To help you in your efforts, we offer the following support for BannerBug USA Dealers: 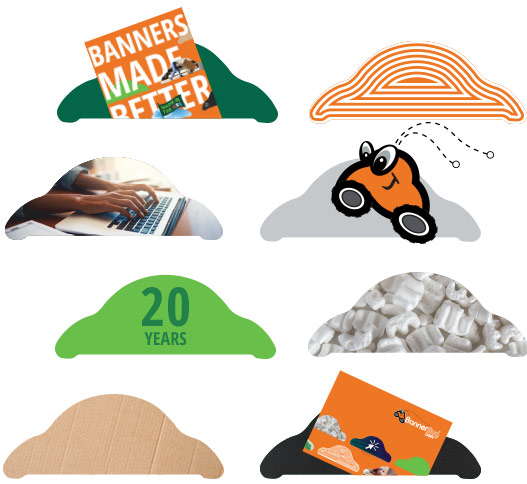 Dealers, The Bug Has Your Back

Remember we put YOUR brand on BannerBug, so rest assured you’ll get all the support you need. That starts with our inventory buyback guarantee, warranty claim handling, easy 24/7 online ordering system and the willingness to drop ship to your clients if you want us to. And we can produce the banners for you.

BannerBug is designed and built to last a long, long time. That’s why we proudly back it with an unconditional lifetime warranty. That’s right. We’ll repair or replace it for free, for life, for any reason. We’re not afraid to stand behind this kind of quality. 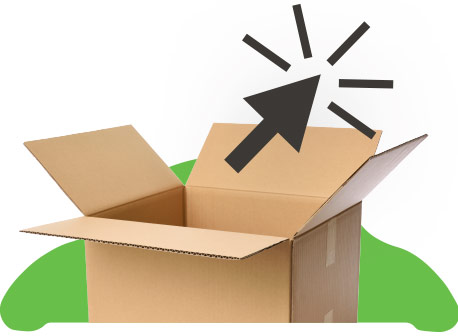